POINTS There will be a 9 point system per match. 1 point will be awarded for each hole won (tied holes will give each player ½ point). Matches will be handicapped based on 80% of the stroke differential between opponents.    18 possible points per team per night

AVERAGES  Players will begin the season where their average was at the end of last year. New players will start by setting average while playing, or they may use a valid DV League or sub average. Averages throughout the season will only be based on your last 4 rounds with previous scores eliminated.

NO SHOWS If a player does not get a sub and does not show, his opponent will play against the absentee’s average plus 10%. E.g. The no show’s average is 40 and the opponent’s average is 40. The opponent will play the no show even but the no show will post a score of 44(+10%) with an extra shot added on the 4 toughest holes giving the person who shows up a distinct advantage but no “free” points. It is the player’s responsibility to find a sub. All first-time subs will begin by setting their average. An exception would be if they are a current Deer Valley League player or played full time in a Deer Valley League in 2016.

FEES- TOTAL SIGN-UP COST IS $513 INCLUDING CART.  We are also offering the option for 2 payments with a valid card on file.  The first payment of $279(walking is $189)   is due by April 20th   and the 2nd payment of $234 (walking is $144)  is due June 15th.  Should we have any rainouts the first half of the season, the 2nd payment will be reduced accordingly.  If you pay in full and there are rainout(s), you will receive credit on your account.   You may also use your golf and cart credit from rainouts in 2021 toward this years league fees.  Full, senior and weekday members with cart subtract the green fee and cart portion and pay $45.

SIGN-UP The deadline for verbal team commitment is March 16th and a call to the course or an e-mail is sufficient. The sign-up payment deadline is Wednesday, April 21st. Please call Todd at the course (608) 924-3033 or send an e-mail to tking@deervalleygolf.com to let me know if you will be returning or are interested in joining.

HOLE IN 1 CLUB If you haven’t signed up for the Hole In 1 Club, I encourage you to do so.  The cost is $5 and an additional $5 each time a Hole In 1 club member gets a hole in 1 at Deer Valley.  The payout is as follows:  ½ of the hole in 1 pot is applied to the hole in 1 maker’s beverage bill for buying everyone in the clubhouse a drink.  The other half of the pot is credited to the hole in 1 maker’s account in the form of Deer Valley Credit.  A sign will be posted in the golf shop to let you know if someone shot a hole in 1 and you need to pay an additional $5.  More details available at the clubhouse or CLICK HERE for the flyer. 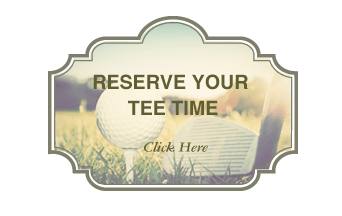